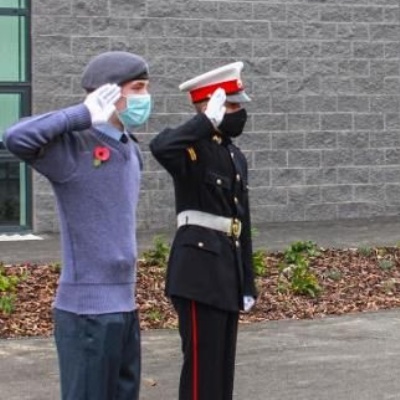 Post-16 students Ciaran Blair and Dylan Cook organised events for the day and wore their cadet uniforms.  Ciaran is a Corporal in the Royal Air Force Cadets and Dylan is a member of the Royal Marine Cadets.

The boys ordered a wreath from the Royal British Legion and, together with Principal Lisa Boorman, they laid the wreath as an act of remembrance.

Ciaran Blair said 'We have been planning this for several weeks because it is really important that schools mark Remembrance Day. Even in these tough times we can still do something to support the act of remembrance.'

Dylan added 'We will not forget those who have fallen.  It is more important to remember them now than ever. It was great to see how interested students and staff were.'' 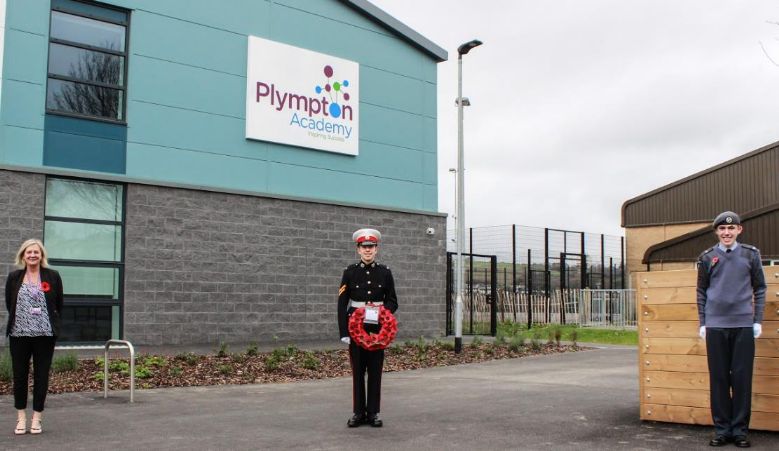 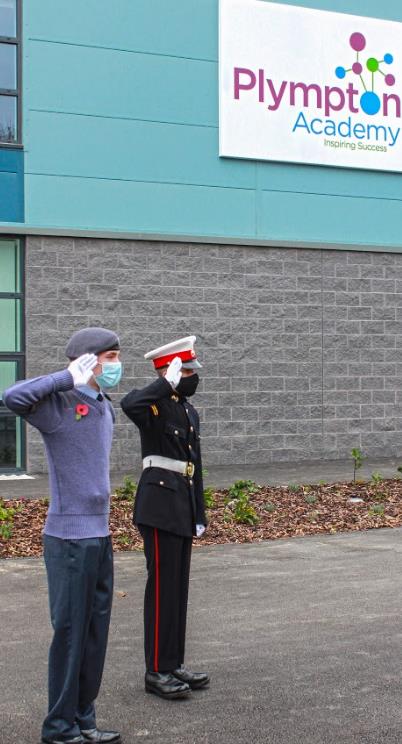 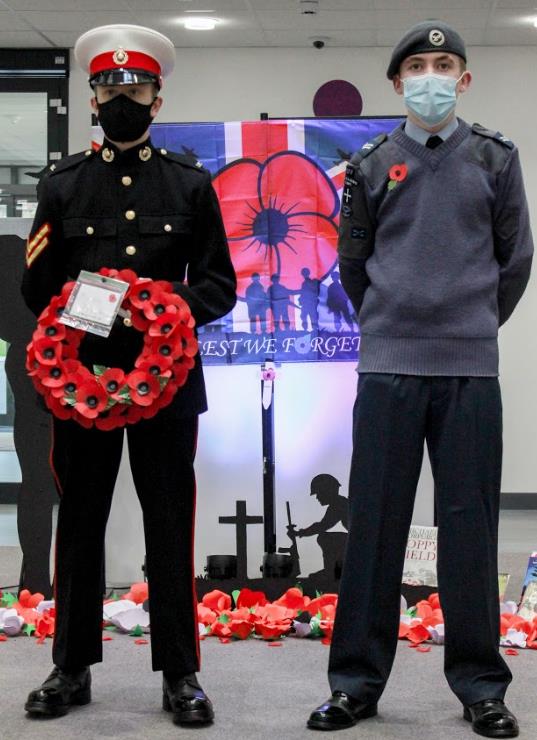